A methodology for estimating the undercount in Texas at the county level.

By: Francisco A Castellanos Sosa, The University of Texas at Austin

During the 2020 Decennial Census, the U.S. Census Bureau estimates they undercounted the population in six states and overcounted in eight but offers no data at the sub-state or county level. Texas is one of the states with an estimated undercount, calculated at 1.9%. To gain a localized understanding of where there was an undercount in Texas, the Texas Census Institute presents a methodology to estimate undercounting by studying what theoretical factors contributed to it. Our exploration of social capital, geography, and other factors offer potential explanations as to why certain counties experienced less participation in census activities. 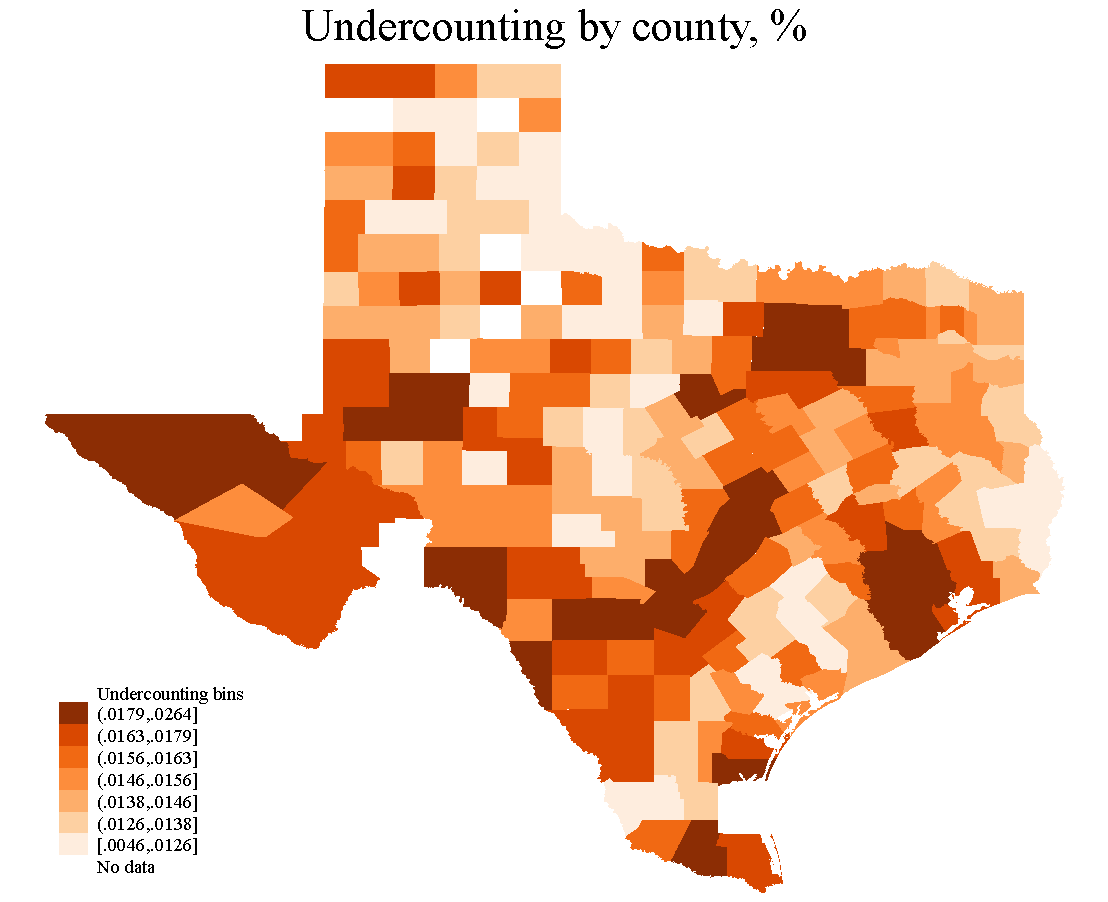 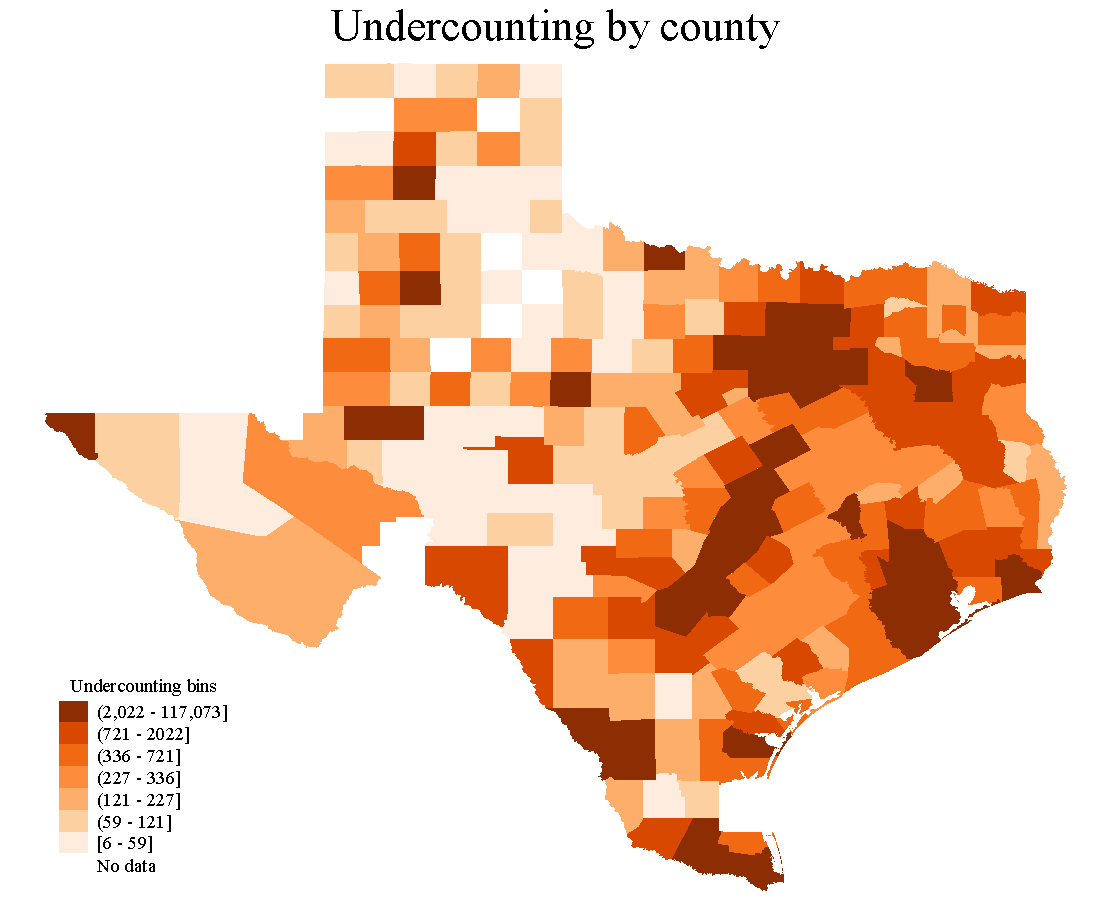 This theoretical methodology may not fully capture the whole set of factors faced by Texans today.
The social capital and social exchange variables used in our methodology come from a recent academic publication, which may or may not be updated in upcoming years.
Counties within Texas might differ in many aspects, and be located out of the 90% confidence interval of the state-level undercounting and overcounting estimates provided by the U.S. Census Bureau.

1) Why does the U.S. Census Bureau not publish undercounting and overcounting estimates at the county level?

The official answer is that “Given the sample size for the 2020 [Post-Enumeration Survey] (PES) and the assumptions required to make unbiased sub-state estimates, the Census Bureau was unable to include county or place estimates in the 2020 PES reports, as well.” (U.S. Census Bureau, 2022) .

2) What does a “Determinants-Side Approach” mean in this context?

This approach implies that undercounting estimation is built upon variables that are considered determinants of undercounting, according to the theory.

3) How accurate or precise are our undercounting estimates?

There is no statistical measure of accuracy or precision for our estimates. However, they are considered conservative measures since they allow the counties to have an undercounting share within the 90% confidence level interval of the state-level undercounting.

4) Why are we considering individual, geographical, and census features as criteria for calculating the undercount?

We recognize that undercounting might arise from basic elements of counting population: each person itself, its natural environment, and the mechanism used to count. Therefore, parsimony makes it straightforward to identify undercounting determinants coming from each of these criteria.

5) Why do we not use variables associated with demographic characteristics?